Working with a Chinese company for a big project

As my manager would like to keep all business information confidential, I will use letters to represent the companies/organisations involved.

Three companies collaborated on the project. Company A worked on prototyping, company B was in charge of development and company C focused on Project Management. (However, the staff in company A did not think company C helped.)

I worked under the direction of Company A’s Product Manager April, who was managing the prototyping process of the app.

The client provided a requirement report with more than 680 pages, specifying all desired functions and possible user journeys, my main duty was to ensure all the user flows are logical. 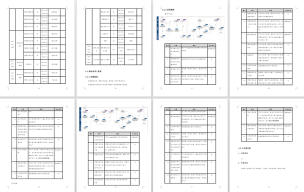 However, the whole work process is quite inefficient, I reported to My manager April, who needed to report to the Project Manager, as well as communicate with the Head of Product Department and seek help for problems she couldn’t solve. Yet she needed to communicate with designers through another Product Manager.

The client’s company had a poor time management system. There were too many levels and it was not clear who to report to. They made a lot of changes in their needs and held unnecessary long meetings requiring everyone to attend which wasted developing time.

At the beginning of the project, the client insisted to transfer files via Wechat (an online communication App which mainly used for chat) for confidentiality. This method caused file links expiration and difficulties of finding sources of files. April then discussed within her own group and decided to use emails to keep track of files and progress. Also to send important questions by email to the Client and CC the project manager to avoid confusion and argument.

Company C is a well-known international Consultation Company, they have a set of mature product management systems, however, this specific project has a very short time frame. Company C followed their classic way of managing and did not adapt to the project which didn’t help the production.

Their system requires a very detailed plan, such as defining each person’s work and duty on each day, and the hours and minutes needed for the duties so they can estimate the completion percentage of the of the whole project.

According to other colleagues, it was not feasible to come up with this detailed plan at the beginning due to the frequent meetings and changes. Even they made such a detailed plan, it would not be possible to follow. But the consulting manager insisted on applying the system, so It became a very time-consuming process.

The original deadline given by the client is the Chinese New Year (beginning of February), but it was not even close to completion when I left. I contacted April once in Mid-March, she told me the App was still on testing and debugging stage.

Working with a manufacturer (didn’t work out)

Company L is a company manufactures and sells small kitchen appliances such as kettles and electronic cooking pot.

The co-founder Ms Li was my middle school classmate, so I agreed immediately when she asked if I could help them to improve their product packaging and online presence during my stay in China. We did not set a strict work dates, my experience, later on, proved that was inappropriate.

In our first meeting, she told me the story of the company and showed me the existing packages and website. I pointed out some basic problems on the website as I checked it before the meeting. I suggested to let me work on the web design as (1) there won’t be enough time for me to look into both packaging and website, and (2) the latter is more in line with my study, also (3) she mentioned that they have a tight budget for the packaging and still working on the product photos.

However, when I asked for the server’s login details and original files, no one seems to know where to find them — a situation very similar to my experience in Btrfly company. I think this might be a common problem with start-up companies. They hired someone to set up the website and did not keep the important information and do not have an admin person to manage this from the very beginning.

When we managed to log into the server account, there was a notification saying the used space is out of limit and I notice the service will expire in a few months. Since they could not find the original files, I suggested her to purchase a new service and to give me all the texts and images so I can start to build a new website as soon as possible. She promised to send me everything I need but did not get back to me until a month later as she was being busy.

She occasionally asked me for opinions on their leaflets. I pointed out that using a bright red colour background with white text makes it hard to read. Her reply was ‘the text is not important I want people to look at the product photos’ and ‘red is our colour’, and refused to consider other colour combinations or to reduce the use of the highly saturated red colour.

Screenshot of their original leaflet pages:

From this point, I think I would have to give up this intern.

I could no longer get any screenshot of the company website as the server seems down when I am writing this. I also checked their social media presence and believe they need better content. 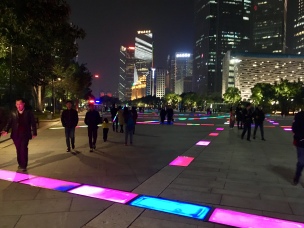 Overall, although both experiences are not very exciting, it is always good to see how things change in China. There are huge gaps between big and small cities. In small cities, people know little about interface design or user experience, while Guangzhou being an international city for years with many big companies and investments.

I saw problems in different companies and how big project can go wrong when it involves a collaboration of companies from different cultures and backgrounds. The cultural differences are so complex and not possible to be summed up in a few sentences. Any business wants to grow in China will need to have some locals to work with.

I learned some Axure RP 8 during my intern #1 and realised the importance to communicate with the client before making any promise in my intern #2.

A crucial aspect to consider when making the decision to work in China is internet restriction. I purchased a few VPN services and found that they do not always work. In China, visiting overseas websites is difficult and may not be possible without a VPN, especially in big cities’ CBD areas. It was especially inconvenient for me as I like to do research and learn new techniques when I started to work on projects. People called this ‘The Great Fire Wall’.

Therefore, despite the fact that I have most of my friends and network resources in China, I will still think twice if there is any job offer there in the future. This is a bit sad.